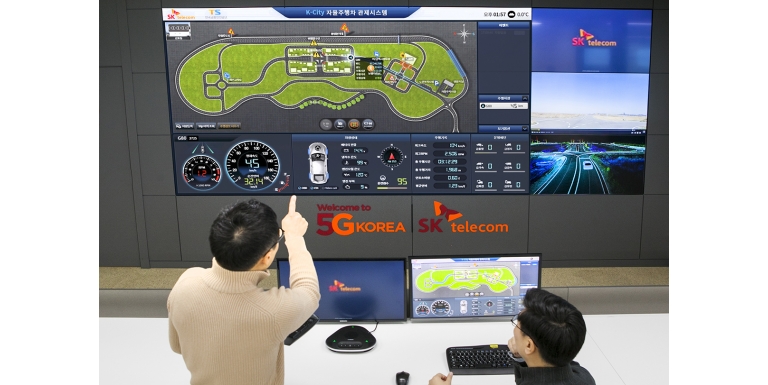 On December 28, SK Telecom and the Korea Transportation Safety Authority (KTSA) announced that they built 5G infrastructure in the main experimental zone of “K-City,” an autonomous driving test city.

SK Telecom and the KTSA prepared 5G infrastructure such as a 20Gbps 5G test network capable of transmitting a 1GB film in 0.4 seconds, a "5G telecommunication control center" that exchanges data with test vehicles in 0.001 seconds and a 3D HD map whose precision is below 20 cm.

"We will continue to expand 5G K-City infrastructure with the latest technology to ensure that K-City will be at the center of the 5G self-drive ecosystem," said Park Jin-hyo, director of the ICT Technology Center at SK Telecom.

It's the first one
Next Item：Semi-Autonomous Cars Compared! Tesla Model S vs. BMW 750i, Infiniti Q50S, and Mercedes-Benz S65 AMG
Share：