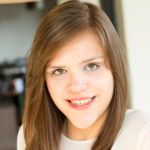 If you’re near Station Square on the South Side or the National Aviary on the North Side, keep an eye out for Argo AI’s self-driving cars.

The Incline readers and staff have spotted the autonomous Ford Fusions — often full of people — more and more in the areas just south and north of Downtown. No, Argo AI isn’t picking up passengers — well, yet anyway. But the testing locations and the riders are signs of what’s to come in 2018 for the self-driving startup.

In September, The Incline launched a map to track where self-driving cars are testing in the Pittsburgh area since the multiple companies doing the testing won’t provide the specifics. There are currently no regulations governing where testing can occur.

It’s really up to the companies where they decide to test, said Jackie Erickson, a founding member of the Pittsburgh Robotics Network who works with PennDOT on autonomous vehicle policy. She said location could selected be for a variety of reasons, from convenience to being close to tunnels and bridges. Seeking correct and accurate maps, the cars often drive the same streets over and over.

As its testing area grows, so does Argo AI

Per Hall, Argo AI is working to “map new parts of the city” while training the vehicle operator team. “In most cases, the passengers in the backseat are trainees that are learning the safety processes, communications methods and overall operations,” he wrote in an email to The Incline.

The move is on track with the company’s confirmations from late 2017: More cars on the roadsand more hiring in 2018. Argo AI listed more than 65 positions with openings in Pittsburgh as of Wednesday. The startup also plans to move into new Strip District offices later this year.

Argo AI and Ford also are also planning to launch a self-driving business to move people and things this year, and Hall said a city for that testing will be announced by the end of March.

Uber, which currently uses self-driving Volvos for ridesharing, previously told The Incline that it expanded its autonomous vehicle testing to NcKnight Road in the North Hills because that’s were the ride-share users are.

In January, an Argo AI car with four people inside was t-boned by a box truck when the truck’s driver ran a red light at the intersection of 16th and Progress near the northern side of the 16th Street Bridge. Multiple people in the Argo AI vehicle were sent to the hospital as a precaution where they were treated and released. The company suspended self-driving testing for nearly a day. The car was not in self-driving mode when the crash happened.

Hall said the company doesn’t share details of internal processes, but did point out that the safety and accident protocols worked as they were supposed to following the crash.

Where self-driving cars are testing

Using tips from readers (keep ’em coming) and observations from our staff, we’re updating our self-driving car map that we launched this fall. What’s new this time? A majority of the added points were Argo AI cars. Another point worth pointing out is a self-driving car from an unknown company spotted in Monroeville. Per a reader, it was self-driving Lincoln MKX.

Here’s the latest version (see the interactive map here) and a reminder of the color key: