Ready or not, here they come — autonomous cars that drive themselves on public roads with no human minder on board. On January 24, the state of Arizona officially designated Waymo as a transportation network company, a move that will allow it to start charging customers for rides in its autonomous Chrysler Pacificas. Up until now, those same vans have been providing transportation services in the Phoenix area for free. 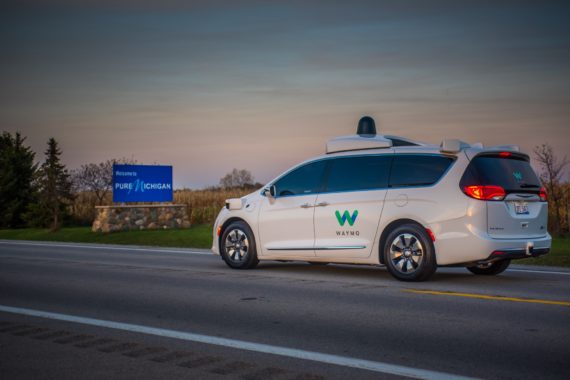 “As we continue to test drive our fleet of vehicles in greater Phoenix, we’re taking all the steps necessary to launch our commercial service this year,” a spokesperson for Waymo told Quartz in a recent e-mail. During an earnings call on February 1, Waymo CFO Ruth Porat told investors, “Riders will be able to use a Waymo app to hail one of our fully driving, self-driving cars without a driver at the wheel.” Waymo plans to make the service available in other US cites but has not elaborated on those plans.

The move to self-driving cars for ride hailing services is another step forward for technology and another step back for people trying to make a living. In the fourth quarter of 2017, Uber paid $8 billion — more than 70% of its gross revenues — to its drivers, says Quartz. Clearly, taking human drivers out of the picture will do wonders for any company’s bottom line.

The switch to autonomous cars is gathering momentum. The California DMV will begin allowing companies to test autonomous cars with no human driver on board beginning in April. The cars will be linked to human controllers who can take over operation of the vehicles remotely if necessary, according to a report by Engadget.Currently as many as 50 companies have been approved to test autonomous vehicle technology within the state, but this will be the first time officials have allowed those tests to be conducted without a human driver riding in the cars themselves.

Are People Ready For AVs?

Does this mean the US is now the leader in AV tech? Not necessarily. A report released February 20 by TÜV Rheinland, a German technical services company, shows that public perception may be as important as technical prowess when it comes to people being willing to actual ride in driverless autonomous cars. People in China were far more willing to trust AVs than people in the US. That agrees with the findings from study conducted by Ford last year that found 83% of Chinese *****s agreed with the statement, “I am hopeful about the future of autonomous vehicles.” By contrast, only 50% of US *****s agreed with that statement.

“We can only assume that this perception is driven by media reports on accidents and current issues with autonomous vehicle technology, which is seemingly more present in the US than in China,” Matthias Schubert, executive vice president of mobility at TÜV Rheinland, told Quartz in an email.

What to make of all this? The technology that makes it possible for cars to drive themselves is getting better all the time. But that doesn’t mean we will all be riding around in cars operated by computers any time soon. Attitudes and public perception will be important factors as well. Just as some scoffed at the idea of electric cars powered by laptop batteries a decade ago, many will scoff at the notion of self-driving cars today. Then again, people once scoffed at electric starters, automatic transmissions, and radial tires.

As with electric cars themselves, much of the push for autonomous cars is coming from China. The odds are that AVs will gain widespread popularity in China first before the rest of the world catches up. Maybe we should learn how to write “tipping point” in Mandarin?