Recently, we brought you news about a report from Navigant Research that claimed GM and Waymo were the industry leaders in autonomous driving technology, with Tesla lagging far behind. Now the annual disengagement event report from the California Department of Motor Vehicles is available and it also shows GM and Waymo leading the pack, with Tesla saying it logged no autonomous driving miles on public roads in California during 2017. The report needs some explanation. 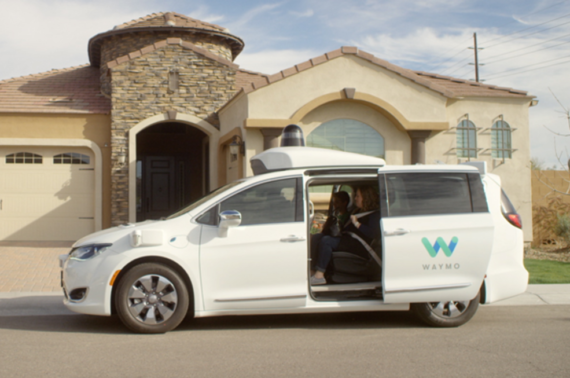 Different companies interpret that language differently. Nissan told the DMV it does not count disengagements to start or finish a test run, while chipmaker Nvidia says that it does, according to Automotive News. The report is only required for companies that conducted testing for the entire year. 50 companies are licensed but only 19 carried out public road testing throughout 2017. That means the reports are not hard scientific analysis but rather an outline of the state of autonomous car testing in the Golden State.

As the age of autonomous cars approaches, drivers will start thinking differently about their vehicles. Where previously the focus was on cubic inches, horsepower, and 0–60 mph times, the new paradigm is number of disengagement events per 1000 miles. In that regard, Waymo is way out ahead of the others. It says its 75 self-driving test vehicles drove more than 352,544 miles in California during 2017 and recorded just 63 human takeovers. That’s a rate of 0.178 disengagements per 1,000 miles driven.

Cruise Automation, the self-driving division within General Motors that is testing autonomous Chevy Bolts, said 96 of its cars drove 125,000 miles in 2017 and logged 105 disengagement events. That’s a rate of 0.79 disengagements per 1,000 miles driven, which is nearly 4 times as many as Waymo reported. Waymo, by the way, began a fully autonomous ride-hailing service with no human driver on board in the Phoenix area last November.

And where is Tesla in all of this? It told the California DMV it drove zero autonomous miles within the state last year. It told the DMV it conducts its testing “via simulation, in laboratories, on test tracks, and on public roads in various locations around the world.” It refers specifically to the “shadow-testing” it does, in which it records randomized data from all of its cars on the road wirelessly and uses it to design and test its self-driving systems.

Apple co-founder Steve Wozniak made reference to this at a conference in Sweden recently when he told his audience that Tesla’s habit of releasing its software in beta mode and making its customers part of the validation process is “kind of a cheap way out of it.” Wozniak may have a point, but it is fair to say Tesla marches to the beat of a different drummer in many of the things it does and it has worked out pretty well for them so far. Tesla’s approach is actually fundamentally different from Waymo’s approach, and we’ve dedicated a long article to this point. Whereas Waymo (and other) systems use highly precise maps, Tesla’s vehicles are reportedly learning to drive like humans learn via the use of “deep neural networks” and artificial intelligence (AI). Plenty of experts stake their bets on Waymo’s approach, while plenty of others stake them on Tesla’s. We’ll wait to place any bets.