China has announced its plan to build an 'intelligent super highway' for self-driving vehicles.

The 100-mile expressway is expected to connect three major cities in China, which already has one of the largest highway networks in the world. The project would cost 17.4 billion yuan (£2 billion), according to Chinese media. 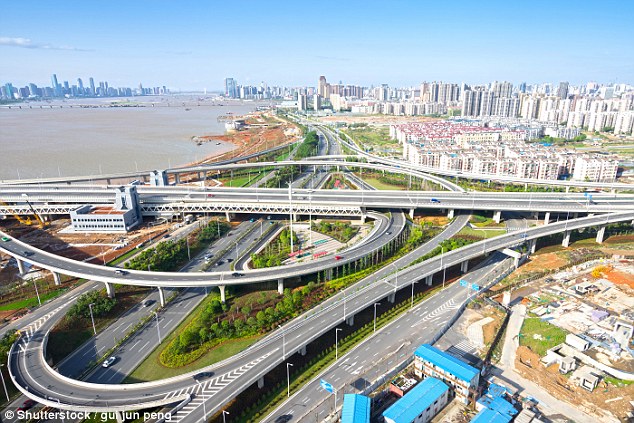 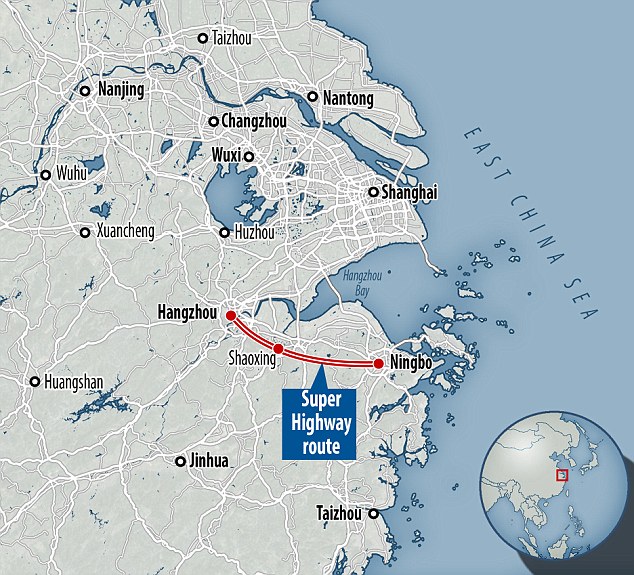 Equipped with solar panels, the cutting-edge traffic link could also charge electric cars on the go and allow drivers to pay tolls without stopping. The six-lane Hang-Shao-Yong Expressway is set to link Hangzhou, the provincial capital of Zhejiang, with two medium-size cities in the same province, Shaoxing and Ningbo.

The first part of the highway is expected to open to the public in 2021, according to China's Xinhua News Agency.

Reng Zhong, the Deputy Minister of Transport in Zhejiang, said in the report that in the long run a smart traffic controlling system would be installed on the highway and in the cars so that the road could support autonomous vehicles.

Sun Zhang, a professor at Shanghai Tongji University, told Global Times: 'Automatic driving is comparatively safe compared with the manual drive mode. 'Sensors installed within the vehicles and on the road can react faster than humans when emergencies occur and detect malfunctions so as to ensure road safety.' China has built 6,213 miles expressways since 2011, one of the world's fastest growing system

Apparently, a comprehensive sensing, monitoring and early warning system has also been designed for the motorway to reduce traffic jams. Drivers wouldn't need to stop at tollgates to pay for their tolls. A chip installed in their cars would pay the bills automatically when they drive on the 'super highway', said Prof. Sun. The expressway would have a top speed limit of 120kmh (75mph). In addition, it's expected that the advanced traffic and vehicle management system could increase a vehicle's average travelling speed by 20 to 30 per cent. The nation now has over 130,000 kilometers (80,778 miles) of highways nationwide, said the State Council, which is enough to go around the equator three times.  China has opened the country's first solar-powered highway in Jinan, Shandong Province. The two-kilometre-long (1.2 mile-long) highway is built with solar panels and 'transparent concrete'. The two-lane road could charge electric cars as they are travelling on it andwarm itself up in sub-zero weather to melt the snow on top.