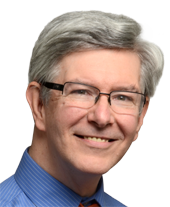 Anyone who drives in Western Pennsylvania knows that white-knuckle rite of spring: dodging the plethora of multi-sized potholes Mother Nature’s winter has left behind.

And this year seems worse than most after months of seesawing temperatures, record rainfall and every-time-you-turn-around snow turned many area roads into a replica of the lunar landscape.

Although recent surveys have shown a reluctance to trust self-driving vehicles, the nerve-wracking attempts to avoid the rattling of bones, bending of rims and blowing of tires could be enough for any driver to throw up their hands and yell, “Get me an automated vehicle to do this!”

But that wouldn’t help. At least not yet.

Those trying to develop self-driving vehicles, such as ride-hailing service Uber and Carnegie Mellon University, say potholes present a particularly vexing challenge for artificial intelligence. That’s because the current systems that self-driving vehicles rely on — cameras, radar and lidar [lasers sent out to detect what’s in the area around a vehicle] — really don’t recognize potholes, almost no matter how big they are.

“It just looks like tar or a black spot or something like that,” said Raj Rajkumar, a professor at Carnegie Mellon University and co-director of CMU's General Motors Connected and Autonomous Driving Collaborative Research Laboratory.

Mr. Rajkumar, who has worked on development of CMU’s self-driving vehicle for more than 20 years, said lidar has trouble distinguishing between a crack and a crater because of the distance between the bands of light it sends out. Radar only reflects items it hits, such as people or other vehicles, and cameras linked with computers don’t do a good job with depth perception.

Add in darkness, Mr. Rajkumar said, self-driving vehicles “are just like me and can’t see all of the potholes so they hit them now and then like I do.”

As a result, Uber says the safety drivers who ride in all of the self-driving vehicles it is testing on Pittsburgh’s pock-marked streets are taking control of the vehicles much more often right now to dodge potholes.

Another factor is that developers of self-driving vehicles have sometimes spent years manually driving around an area with computers and detectors operating so they can record the surroundings in the system’s data base. That means the system builds a memory, much like humans, of the expected condition of the road and sensors allow it to adjust to most unexpected items.

But potholes that crop up over night or grow from one day to the next throw a monkey wrench into that memory.

Mr. Rajkumar said current road conditions — “This is the worst in my 25 years here” — have stepped up his team’s efforts to deal with potholes either by dodging them or slowing down on approach depending on whether there are other vehicles in the area. He’s confident the technology to deal with potholes, which could be only a few years away, eventually will surpass the ability of human drivers to handle bad road conditions.

“With artificial intelligence, you can train the cameras. That can definitely be done, but it takes a lot of time,” he said. “As the technology evolves, the computers will get faster and eventually solve that problem. But we humans will be the same for a very long time.”

Previous Item：China’s preferential regulations can help it win the self-driving race
Next Item：Audi to Test Self-driving A8 Sedan in S. Korea
Share：