Taipei has unveiled a field for testing self-driving, IoV (Internet of Vehicles) and intelligent infrastructure technologies - the first of its kind in Taiwan.

Occupying land of about 10 hectares, the field is equipped with simulated road conditions and traffic signals.

The city government for the first time undertook trial run of France-developed EZ10 mid-size self-driving electric bus on downtown roads in August 2017. The city takes an open attitude toward all types of experimental and innovative transportation services, according to deputy mayor Charles Lin. 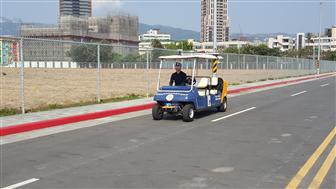