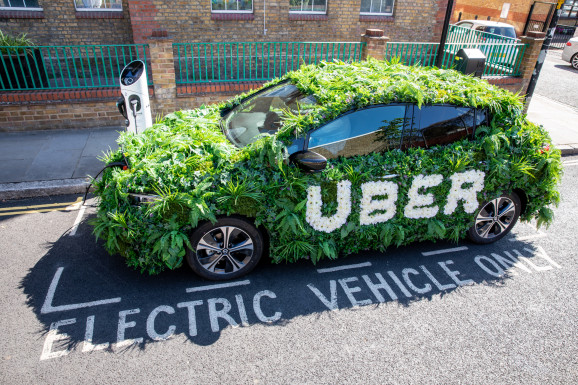 In early March, Pittsburgh Mayor William Peduto signed an executive order mandating that firms testing self-driving vehicles submit materials outlining their testing methods every six months to the city’s newly formed Department of Mobility and Infrastructure (DOMI). Findings from the first of these were quietly published this week, compiled in a survey (“Self-Driving Vehicle Testing in Pittsburgh Summary of Findings”) to be issued once a year.

According to the report, five companies — Aptiv, Argo AI, Aurora, Carnegie Mellon University, and Uber — are testing 55 driverless cars in 32 of Pittsburgh’s neighborhoods and suburbs, with the greatest concentration in the city’s Strip District and Lower Lawrenceville. The test vehicles range from modified BMW 540is and Chrysler Pacifica PHEVs to Ford Fusion Hybrids, Lincoln MKZs, Cadillac SRXs, and Volvo XC90s, all of which contain no fewer than five disengagement mechanisms including buttons in the consoles and steering wheels.

Uber And Lyft Do Way More Than Just Drive You Around

Lousy Uber Passengers Take Note: You May Be Booted From AppAutomotive Engineers (SAE)’s level 4 designation, meaning that they’re capable of performing all driving functions autonomously under certain conditions, and they drive on public roads mostly during weekdays (both during the day and at night) with occasional testing on weekends “only during favorable weather conditions.” DOMI says that each has two safety operators who’ve undergone thorough background checks and who are limited to a certain number of hours of driving, and who are “generally” required to stretch and perform physical activity outside of the cars they’re testing “periodically.” Above: The inside of an Uber self-driving car (from the report).

As for how the cars navigate Pittsburgh’s hilly and winding roads, all 55 use some combination of sensors, lidar sensors, cameras, GPS systems, telematics, and software to keep track of other vehicles and pedestrians. The cameras capture people and objects within 5 meters (or 16 feet), while the lidar sensors — which use light in the form of a pulsed laser to measure distances to objects — have an average range of about 100 meters (328 feet) across all five companies’ fleets, according to the report.

Alongside the survey, DOMI published guidelines for self-driving car testing on public streets and made a series of recommendations aimed at protecting cyclists and tamping down on harmful emissions. New testers are required to submit materials detailing how they’re complying with the agency’s rules no less than 10 days prior to the start of testing, but it’s a voluntary affair — there aren’t any penalties for noncooperation.

Pittsburgh’s budding autonomous car ecosystem might not come close to California’s, where 62 companies have deployed a collective 678 autonomous cars (according to the state DMV), but the caliber of its testers isn’t to be understated. Automaker Ford has pledged to invest $1 billion in Argo AI, and Amazon recently led a $530 million investment in Aurora. Meanwhile, Uber’s self-driving car unit raked in $1 billion from Toyota, Denso, and others earlier this month at a $7.25 billion valuation, and Uber is actively testing its technologies in Toronto, San Francisco, and Phoenix in addition to Pittsburgh.