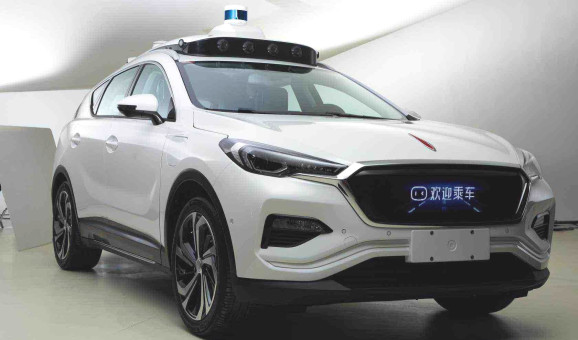 Hot on the heels of the California Department of Motor Vehicle’s annual autonomous vehicle disengagement report, Beijing’s Innovation Center for Mobility Intelligent (BICMI) published its 2019 survey of self-driving vehicles being tested on local roads. Beyond Pittsburgh, Pennsylvania, Beijing is one of the few cities globally to mandate autonomous car companies disclose the miles they’ve driven, as well as the size of their vehicle fleets and the disengagements — or autonomous system failures — they have experienced.

Above: The mileage numbers are in kilometers and truncated. Multiply by 10,000 to get the mileage in each cell.

The BICMI doesn’t break out disengagement numbers by company or vehicle, but it said 86% of disengagements in 2019 resulted from human takeovers — i.e., drivers tinkering with data-recording equipment, changes in planned routes, or “personal reasons” (like bathroom breaks). The remaining 14% of disengagements were attributable to some form of mechanical or software system failure.

Of course, whether disengagements communicate anything meaningful remains the subject of debate. In a conversation with VentureBeat, Dmitry Polishchuk, head of Russian tech giant Yandex’s autonomous car project, noted that Yandex hasn’t released a disengagement report to date for this reason. “We have kind of been waiting for some sort of industry standard,” he said. “Self-driving companies aren’t following the exact same protocols for things. [For example, there might be a] disengagement because there’s something blocking the right lane or a car in the right lane, and [the safety driver realizes] as a human that [this object or car] isn’t going to move.”

The BICMI’s report is part of China’s strategy to bolster driverless technology development in the region, an effort outlined in a recent whitepaper by the National Development and Reform Commission, the Ministry of Industry and Information Technology, and nine other “ministerial-level” authorities. As early as 2025, China intends to codify guidelines around infrastructure, regulatory supervision, and safety that enable companies to “scale production of vehicles capable of conditional autonomous driving” and “[commercialize] … highly autonomous vehicles in certain circumstances.”

As of the end of December, Beijing has allowed autonomous vehicle testing on 151 roads spanning 503.68 kilometers (~312 miles), supplementing a test area about 40 square kilometers (~24 miles) in size within the city limits. China has designated five levels for self-driving test permits, ranging from T1 to T5, which are similar (but not necessarily analogous) to the automation levels issued by the Society of Automotive Engineers.

The Beijing Municipal Commission of Transport allocated its first batch of T4 autonomous test permits to pack leader Baidu last July. The company noted at the time that the T4 — China’s highest-level permit — is an open-road test license, enabling it to deploy driverless vehicles on urban roads and in tunnels, school zones, and elsewhere.

Baidu announced in late 2019 that it had secured 40 licenses to test driverless cars carrying passengers on designated roads in Beijing, making it one of the first to do so in the Chinese capital. The company seeks to gain the upper hand over well-financed rivals like Tencent, Alibaba, and Pony.ai. In April, Alibaba confirmed that it has been conducting self-driving car tests with the goal of achieving level 4 autonomous capability and said it’s looking to hire as many as 50 engineers for its AI research lab. In May, Tencent secured a license from the Chinese government to begin testing autonomous cars in Shenzhen, China. And just last week, Pony.ai raised $462 million in venture capital at a $3 billion valuation.

Baidu and its rivals are racing toward a veritable gold mine of a market. Autonomous vehicles and mobility services in China are expected to be worth more than $500 billion by 2030, when as many as 8 million self-driving cars hit public roads, according to a McKinsey report.