Together, the companies hope to accelerate self-driving tech developed specifically for trucks and large vehicles with true driverless tests starting in 2021. 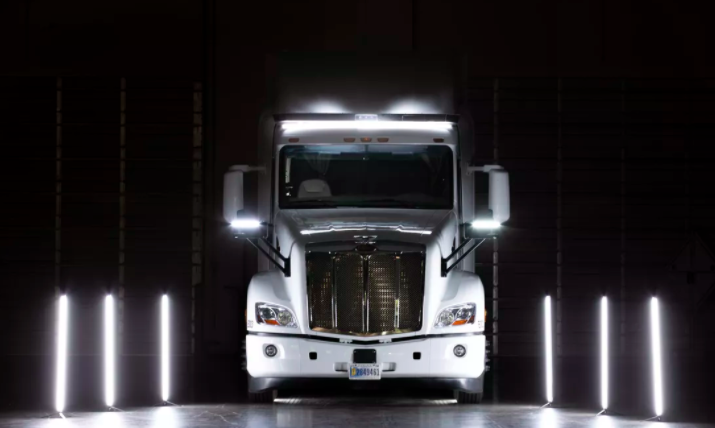 TuSimple, an autonomous driving company focused on self-driving Class 8 commercial trucks, will be partnering up with ZF, one of the largest Tier 1 suppliers of automotive parts and technologies, to "develop and commercialize technology for autonomous trucks" according to an announcement this morning.

Founded in 2015, TuSimple currently operates a fleet of more than forty SAE Level 4 autonomous trucks that make up to 20 self-driven trips -- with a safety engineer and driver onboard -- between Arizona and Texas every week, hauling trailers for 18 contracted companies, including previously announced partners USPS and UPS. Semiconductor giant Nvidia has also partnered with and invested in the robo-trucking company with a relationship dating back to 2017.

To this latest ZF partnership, TuSimple brings its experience simulating, building and real-world testing self driving trucks. ZF brings its expertise as a world-class automotive supplier, as well as providing  engineering support to validate and integrate TuSimple's autonomous system into a production vehicle.

"Not only do we have to build relationships with the [truck] manufacturers themselves, a vehicle is comprised of many Tier 1 components. So, a relationship with the ones who make the crucial components -- ZF one of the largest, if not the largest -- helps us develop a lot of the technologies that we need to move forward with autonomy," Chuck Price, TuSimple's Chief Product Officer, told Roadshow in an interview this week. "From the actuators and ECUs to cameras, lidar, radar and other sensors, ZF is a key supplier and their vision of how an autonomous vehicle comes together is in line with ours." 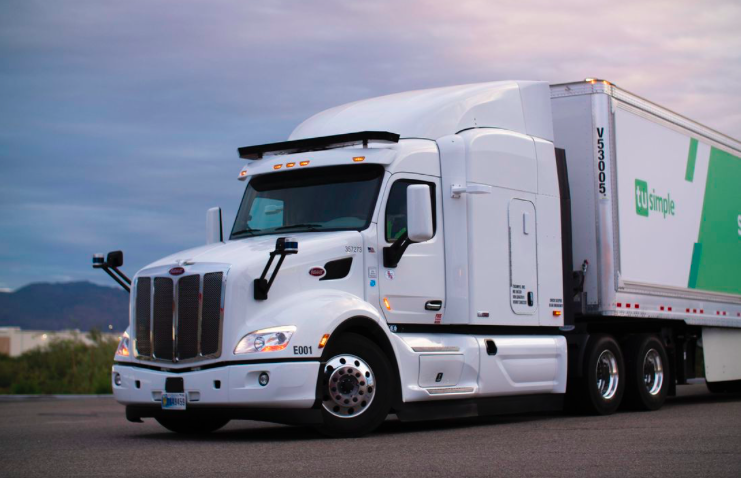 TuSimple's approach is "purpose built for trucks and large vehicles at high speed, which require perception technology that can't be met with tech for passenger cars," according to Price. The secret sauce is long range, high-definition camera technology with strong low light performance and resistance to LED flicker. Backed by some serious Nvidia-powered pixel crunching horsepower and TuSimple's computer vision and artificial intelligence algorithms, this allows TuSimple's trucks to recognize and calculate the 3D position, speed and trajectory for objects as far as 1,000 meters (0.62 miles) down the road depending on conditions. This far-reaching perception is crucial on big rigs, which take much longer to accelerate or stop than the car in your driveway.

A total of nine cameras around the vehicle, each independently processed, grant 360-degree vision which is fused with lidar and radar sensor data to increase confidence and short-range positioning precision. TuSimple says its trucks are capable of "depot-to-depot" operation that includes surface streets and highways that the company has mapped with high-resolution data. In the very near future, the trucks should even gain the ability to automatically back into loading bays.

Trucking is big business -- $800 billion big -- with massive potential for growth, but the industry is facing down a few roadblocks that autonomy promises to help break through. TuSimple supplied University of California San Diego research results showing that its autonomous technology can help reduce fuel consumption of heavy-duty trucks by 10% by making more strategic use of acceleration and braking during long hauls. 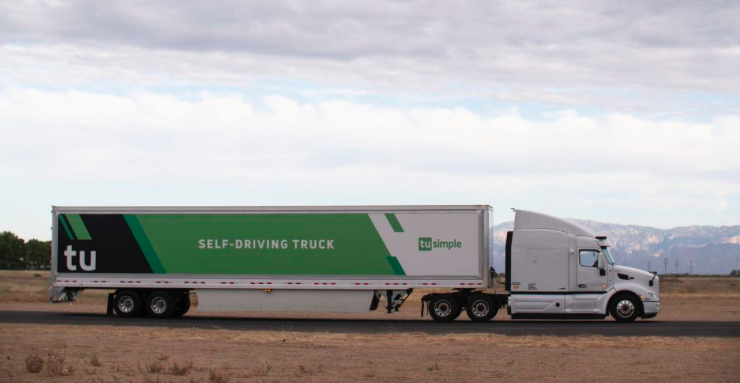 Of course, the largest challenge to the industry is the shortage of drivers. According to statistics reported by the American Trucking Association, "In 2018, the trucking industry was short roughly 60,800 drivers, which was up nearly 20% from 2017's figure of 50,700." It should be obvious how trucks that drive themselves can help with that.

TuSimple plans to begin true driverless tests -- without a human onboard -- in 2021 and is hoping, with ZF's help, to start delivering self-driving trucks to buyers sometime around 2023.