Despite setbacks, coronavirus could hasten the adoption of autonomous vehicles and delivery robots 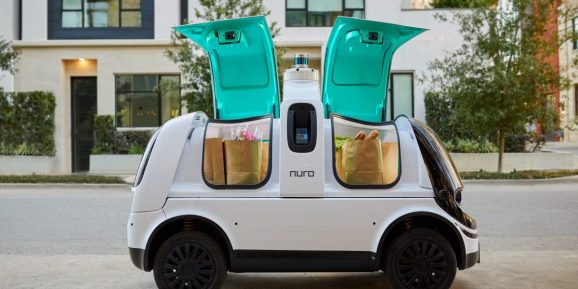 This week, nearly every major company developing autonomous vehicles in the U.S. halted testing in an effort to stem the spread of COVID-19, which has sickened more than 250,000 people and killed over 10,000 around the world. Still some experts argue pandemics like COVID-19 should hasten the adoption of driverless vehicles for passenger pickup, transportation of goods, and more. Autonomous vehicles still require disinfection — which companies like Alphabet’s Waymo and KiwiBot are conducting manually with sanitation teams — but in some cases, self-driving cars and delivery robots might minimize the risk of spreading disease.

In a climate of social distancing, when on-demand services from Instacart to GrubHub have taken steps to minimize human contact, one factor in driverless cars’ favor is that they don’t require a potentially sick person behind the wheel. Tellingly, on Monday, when Waymo grounded its commercial robotaxis with human safety drivers, it initially said it would continue to operate the driverless autonomous cars in its fleet.

Dmitry Polishchuk, head of self-driving cars at Yandex, believes robotaxis’ ability to reduce contact will appeal to drivers, as well as riders. In something of a case in point, a Waymo safety driver declined to pick up a rider at Intel’s campus in Chandler, Arizona after hearing reports that an employee had tested positive for COVID-19.

“Safety is a strong motivator for us in developing autonomous technologies,” Polishchuk told VentureBeat via email. “We take precautionary measures to make our robotaxi rides as safe as possible for both drivers and riders. We monitor the cleanliness of cars using the best practices that Yandex applies in its taxi and car-sharing services.”

Of course, autonomous vehicle deployments are unlikely to move forward in the short term, as most of the testing has been paused. Nisenbaum points out that governments are focused on reallocating resources or freezing budgets to cope with the COVID-19 fallout and that it will take time to ramp up the necessary testing and legislation required to get cars on the road. Even if that weren’t the case, the vast majority of people lack access to autonomous transportation. For instance, Waymo’s public Waymo One service is live only in Phoenix, Arizona for a limited number of customers.

While autonomous cars might be grounded at the moment, delivery vehicles like Nuro’s R2 — which exclusively carry groceries and other essentials rather than human occupants — are having a moment. Regulators have shown a willingness to cut red tape for rovers such as R2, which in February received the first autonomous vehicle exemption from the U.S. Department of Transportation.

Starship Technologies, one of several companies developing autonomous robots that deliver items from local businesses, told VentureBeat that it has observed an increase in order volume in recent weeks but said it is too early to conclude whether this is related to COVID-19. On the restaurant side, Starship says there’s been an uptick in interest as cities like San Francisco and New York enact mandatory closures and shelter-in-place orders. 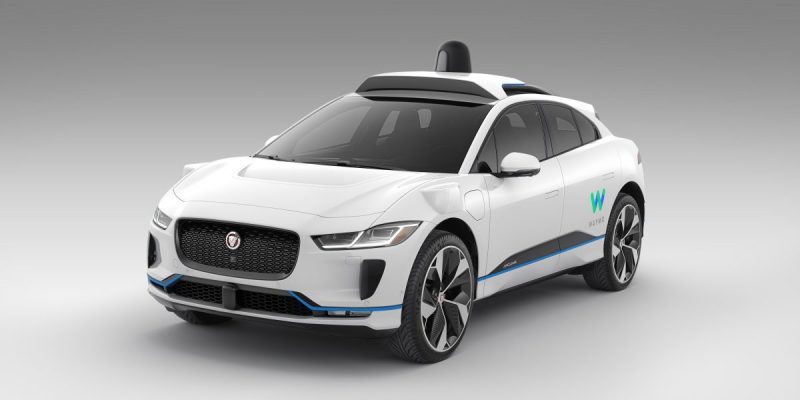 Nicholas Farhi, a partner at OC&C Strategy Consultants who works with clients in automotive services, thinks the chief challenge will be scaling up the number of delivery robots to meet demand. “It’s much easier to hire 100,000 people [as Amazon recently announced it would do] with one-week notice than build 100,000 delivery robots,” he said.

Companies like KiwiBot and Neolix claim they’re up to the challenge.

In mid-March, KiwiBot’s autonomous delivery robots began delivering sanitary supplies, masks, antibacterial gels, and hygiene products for the communities of Berkeley and Denver. As for Neolix, Alibaba, JD.com, and other ecommerce customers booked orders for 200 of its vehicles over the last two months, up from 125 orders in May 2019. Those purchases were spurred on by the Chinese government’s offer to subsidize up to 60% of the cost of each vehicle, which Neolix anticipates will bring sales to 1,000 vans by the end of the year.

In China, Neolix says its vans have delivered medical supplies and supplemented labor shortages in areas hit hardest by COVID-19. In partnership with Apollo, Baidu’s autonomous vehicle platform, these vans have also delivered food to health workers in Beijing caring for those who’ve fallen ill.

Despite the obvious advantages of using driverless cars and robots during a health crisis, they face a public perception battle. Two studies — one published by the Brookings Institution and another by the Advocates for Highway and Auto Safety (AHAS) — found that a majority of people in the U.S. aren’t convinced of driverless cars’ safety. More than 60% of respondents to the Brookings poll said they weren’t inclined to ride in self-driving cars, and almost 70% of those surveyed by the AHAS expressed concerns about sharing the road with them.

For this reason, Nisenbaum predicts that adoption will happen slowly and with extreme caution, even when things eventually return to normal.

“[As] many consumers were already wary of [autonomous vehicles], it will be a long time before people are able to move beyond recuperating from this crisis to accepting new frontiers in tech,” he said. “I do, of course, think that [autonomous vehicle] adoption will happen, and it will offer so many benefits to society in terms of safety and convenience — just not as soon as we would have anticipated or hoped for.”

Previous Item：TuSimple, ZF partner to develop and produce autonomous truck technologies
Next Item：How Cruise is testing its self-driving cars after the pandemic forced its vehicle fleet off California roads
Share：