One of the USA’s leading innovators of machine learning technologies, the Southwest Research Institute (SwRI), has developed a motion prediction system that enhances pedestrian detection for automated vehicles and advanced driver-assistance systems (ADAS).

Pedestrian fatalities on the USA’s roads have increased by more than 50% over the past decade, with the latest analysis from the Governors Highway Safety Association estimating that pedestrian deaths totalled 6,590 in 2019, a rise of 5% over 2018. Recent accidents involving automated vehicles have also heightened the call for improved detection of pedestrians and other moving obstacles. The SwRI’s new computer vision tool uses a novel deep learning algorithm to predict motion by observing real-time biomechanical movements, with the pelvic area being a key indicator for changes. Although previous technologies could track and predict movements in a straight line, they were unable to anticipate sudden changes.

The temporal design uses a convolutional neural network to process video data. SwRI’s novel approach optimises dilation in network layers to learn and predict trends at a higher level. Dilated convolutions are structures that store and access video data for spatial observations. People draw on experience and inference when driving near pedestrians and cyclists. SwRI’s research is a small step for autonomous systems to react more like human drivers. The research team made use of SwRI’s marker-less motion capture system, which automates biomechanical analysis in sports science. Using camera vision and perception algorithms, the system provides deep insights into kinematics and joint movement. 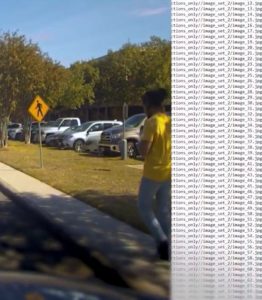 Applications for the project, titled ‘Motion Prediction from Sparse Skeletal Features’, include ADAS enhancement, automated vehicles and manufacturing robotics. The algorithms can work with a variety of camera-based systems, and datasets are also available to SwRI clients. SwRI’s data scientists work in collaborative teams to solve problems for several industries, with their rigorous approach to machine learning system design leading to innovations in automated detection of traffic hazards.

“If we see a pedestrian, we might prepare to slow down or change lanes in anticipation of someone crossing the street,” said Dr Douglas Brooks, a manager in SwRI’s Applied Sensing Department. “We take it for granted, but it’s incredibly complex for a computer to process this scene and predict scenarios.”

Samuel E Slocum, a senior SwRI research analyst who led the internally funded project, added, “For instance, if a pedestrian is walking west, the system can predict if that person will suddenly turn south. As the push for automated vehicles accelerates, this research offers several important safety features to help protect pedestrians.”

View a video of the technology HERE 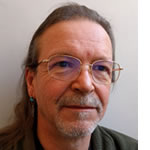 Adam joined the company in 1994, and has been News Editor of TTT since 2009. In his other role as Circulation Manager, he helped create the original Traffic Technology International distribution list 23 years ago, and has been working on it ever since. Outside of work, he is a keen fisherman, runs a drumming band, and plays an ancient version of cricket.