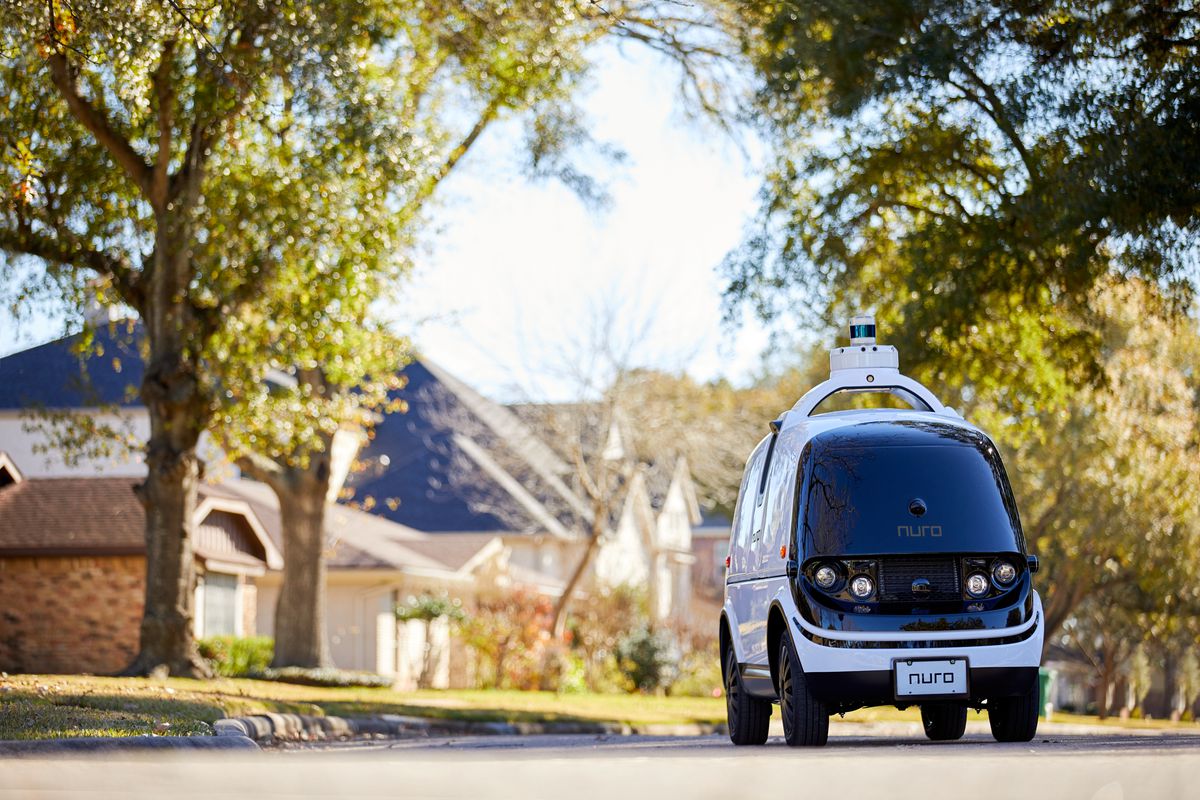 Nuro, the self-driving startup founded by two ex-Google engineers, was approved to test its driverless delivery robots on public roads in California. The company is the second to receive a driverless permit in the state.

Nuro, which has tested its driverless grocery delivery service in Arizona and Texas, is authorized to test two light-duty delivery vehicles in nine Bay Area cities, according the California DMV. This includes portions of the cities of Atherton, East Palo Alto, Los Altos, Los Altos Hills, Menlo Park, Mountain View, Palo Alto, Sunnyvale, and Woodside. The vehicles can’t exceed 25 mph and are only approved to operate in fair weather conditions on streets with a speed limit of no more than 35 mph.

Waymo is the only other company to receive a permit from the DMV for driverless testing — but has yet to exercise that privilege. (So far, the company’s fully driverless vehicles operate exclusively in Arizona.) Currently, 65 companies have an active permit to test autonomous vehicles with a safety driver in California.

“The safety of the motoring public is the DMV’s top priority, and we do not give out these permits lightly,” DMV director Steve Gordon said. “Nuro has met the DMV’s requirements to receive this permit to test their driverless delivery vehicles on California’s public roads.”

Nuro recently debuted its R2 prototype, a lightweight, narrow, electric vehicle that is built from the ground up to be completely autonomous. The company also has the distinction of being the first autonomous vehicle operator to receive a federal exemption to mass-produce driverless vehicles without traditional controls like steering wheels or sideview mirrors.

The company has been testing its retrofitted Lexus SUVs with safety drivers in the Bay Area, and now can roll out its R2 vehicles with its new permit. But testing has been temporarily halted in response to the COVID-19 pandemic and shelter-in-place rules.

Nuro says it plans to begin testing as soon as it’s feasible. “Our first plan is to make free deliveries to select customers in Mountain View and the surrounding area,” David Estrada, the company’s chief counsel, said in a blog post. “This will allow us to launch a formal delivery service in partnership with local brands and retailers. The next step in the California regulatory process will be to apply for a full statewide commercial deployment permit to bring our services to California residents throughout the state.”