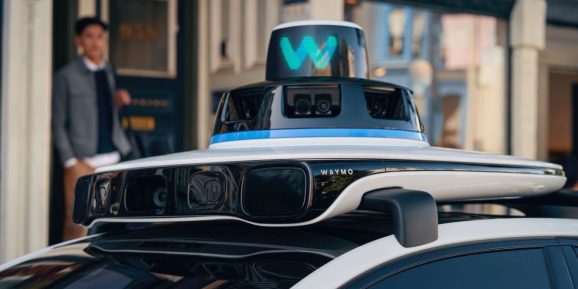 Nearly two months after announcing it would halt operations around the country in response to the coronavirus pandemic, Waymo today said it will begin limited driving tests in the Metro Phoenix area starting on May 11. The Alphabet-backed autonomous vehicle startup described this as the first part of a “tiered approach” to gradually relaunch operations with its fleet, with commercial service to follow only after the health and safety of riders can be ensured.

That’s all to say that Waymo’s eponymous Waymo One ride-hailing service, which was put on pause in late March, won’t resume pickups and dropoffs just yet. A spokesperson told VentureBeat that Waymo plans to start accepting riders again in the “coming weeks.” To be clear, the phase of redeployment detailed today only involves safety and test drivers, as well as other employees and contractors working out of Waymo’s facilities.

Waymo says that it is following guidance from the U.S. Centers for Disease Control and Prevention, state, and local authorities as its operations resume, redesigning its facilities to respect social distancing guidelines and spacing out work areas by the recommended six feet. The company has also redefined the use of common areas and limited the maximum capacity for various spaces, and it has created trainings for employees around new safety standards and how to work and move around its facilities.

In line with Arizona guidance, Waymo employees will wear face masks in facilities or vehicles excepting instances where a person is driving alone. The company also says it has deep cleaned its buildings and that it will continue to conduct multiple daily cleanings of its vehicles in partnership with AutoNation. Lastly, Waymo says it is working with an occupational healthcare provider to screen all people before they enter its facilities.

In the near future, Waymo expects to begin driving again in other cities, including San Francisco, Detroit, and Los Angeles. “We’re taking a thoughtful and measured approach towards bringing our driving operations back on the road,” wrote the company in a blog post. “Resumption of our driving operations in these locations will similarly be guided by ensuring the safety and health of our team in line with … [federal and state] guidance.”

In addition to Waymo, Uber, GM-backed Cruise, Aurora, Argo AI, and Pony.ai were are among the companies that suspended their driverless vehicle programs in the hopes of limiting contact between drivers and riders. In the interim, some, like Pony.ai and Cruise, pivoted to autonomous delivery. Others leaned heavily on simulation to continue development even as their fleets were grounded.