The world — both the AV industry and the media — is conceding that the road to Level 4 and Level 5 self-driving cars is still long and winding.

Delayed autonomous vehicle launches by multiple leading car OEMs and tech suppliers are sufficient evidence, but if those data points aren’t enough, an even stronger telltale sign is that discussions have begun among tech companies and car OEMs acknowledging that the development of fully autonomous vehicles can’t be achieved “without an ecosystem” to support it.

While commitments by each company might vary, carmakers and tech firms have begun forging collaborations to tackle the challenge of making self-driving cars drive safely. This pragmatic approach contrasts vividly with the heady days five years ago when the emerging market was flush with VC money and riddled with bombastic AV claims and market predictions.

Now it is a foregone conclusion that AV startups propped by hype and cheap VC money will vaporize, as the investment community’s enthusiasm for L4 and L5 starts to wane and Covid-19 gnaws away at the broader economy.

One conclusion, however, is clear: those who have already made substantial investment — and certain progress — in the development of AV platforms aren’t walking away from the development of their own full AV stack. They see it as the biggest tech challenge of a lifetime and still see it as determining their fortunes in the long haul, if not in the immediate future. 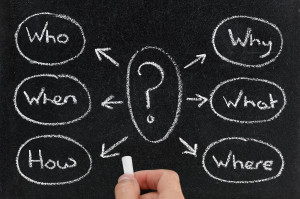 Over the last five years, EE Times has covered a lot of wheeling and dealing among carmakers and tech suppliers pursuing the AV dream.

Looking back, we ask, where do all the deals and partnerships stand now? What progress has really been made?

EE Times got the help of Egil Juliussen, research director & principal analyst, Automotive Technology, IHS Markit, to review the shifting AV landscape. Our goal is to identify the survivors still developing their own AV software stacks. We want to explore who, what, where and when of their projects.

The first task is untangling the web of “announced” partnerships among the leading players. The relationship map — who’s in bed with whom — is messy. In an attempt to make sense of it all, Juliussen dropped the AV chaos into three separate bins: robo-taxi, OEM and high-tech software platforms.

Robo-taxi platformsIn the robo-taxi bin (see above), Juliussen listed eight players including existing ride-hailing companies like Uber, Lyft and Didi, and others such as Aptiv-nuTonomy, FiveAI, Oxbotica and ZMP Jp.

Among these, Juliussen highlighted three that appear to be making headway: Aptiv-nuTonomy, Didi and Uber. Identified as having their own AV software stacks are Zoox and Aptiv-nuTonomy.

Zoox, founded in 2014, has been developing an entirely new autonomous vehicle targeted at the robo-taxi market. For the time being, however, Zoox has retrofitted Toyota Highlanders with its self-driving system. It is running trials in the Financial District and North Beach areas of San Francisco.

Last September, Aptiv announced a $4 billion 50/50 JV with Hyundai. The deal, completed in March, can be seen as a coup for Aptiv-nuTonomy.

For example, in regard to full AV stacks, Hyundai’s allegiance remains unclear. The Korean automotive OEM might well be betting simultaneously on two horses — Aptiv-nuTonomy and Aurora.

Aurora, a startup launched in January 2017, is developing a full AV stack called Aurora Driver. Hyundai is one of Aurora’s early investors. Aurora previously said a plan to expand its R&D program with Hyundai to develop a self-driving platform. Apparently torn between two lovers, Hyundai has said its new joint venture with Aptiv-nuTonomy won’t affect its affair with Aurora. Hyundai, reluctant to kiss and tell, has offered scant detail about what it is actually doing with Aurora.

OEM platformsIn the second bin for OEM platforms, Juliussen listed GM-Cruise, Hyundai, VW, Ford-Argo, BMW, Mercedes-Benz and Bosch, Volvo and Toyota. All have been testing their own autonomous vehicles.

Where each of these carmakers stands today varies. Car OEMs with their own AV software platforms include: GM-Cruise (built on Cruise’s AV software platform), Ford-Argo (based on Argo.ai’s full AV stack) and Toyota on its own. Volvo might have one, but it announced previously a partnership with AImotive, a Budapest, Hungary-based software platform supplier (formerly AdasWorks).

Volkswagen without its own AV software platform, last summer jilted Aurora and turned to Ford’s Argo.ai.

Leading AV chip suppliers — Nvidia and Mobileye — are also developing their own software platforms. And of course, there’s Tesla, building its own full AV stack.

The notables in this crowded bin are Waymo, Aurora, Argo.ai, Intel/Mobileye, Nvidia and Drive.ai.

Last June, Apple snatched up Drive.ai — a Mountain View, Calif.-based startup founded in 2015 working on self-driving systems that use AI.

Baidu’s Apollo is an open-source AV platform built on a large number of eco-system players.

Scant public dataNow, the toughest question of all in the AV market is this: Who has an AV software platform that is solid, ready to go and better than others?

Given little disclosure from AV software platform developers, the only data that could possibly provide insight into the AV landscape is the AV disengagement reports produced by the California Department of Motor Vehicles.

By law, anyone actively testing self-driving cars on California roads have to disclose both miles driven and the frequency of human drivers forced to take control, an urgent moment known as a “disengagement.”

Safety experts believe this approach tends to subtly encourage test operators to minimize their interventions, which could lead to unsafe testing. One of those experts, Phil Koopman, flatly states, “Disengagement is the wrong metric for safe testing.”

Nevertheless, AV disengagement reports help the industry to peer into the readiness level of autonomous vehicles, if not safety per se, argued Juliussen.

As of the end of last year, 65 companies have test-driving permits from the California DMV. Juliussen notes that while 567 vehicles are “qualified,” only 420 AVs were on the streets.

A chart provided by Juliussen offers a plot line showing changes in the disengagement numbers of each AV platform on an annual basis from 2015 o 2019. Juliussen, however, questioned the validity of Baidu’s disengagement data.

Baidu last year reportedly drove 108,300 miles, reporting to the California DMV that its vehicles went 18K miles between disengagements. Many industry watchers, including Juliussen, are skeptical because Baidu appears to be saying that its AV software has suddenly gotten a lot safer than Waymo (13.2K mile between disengagements) and GM (12.2K miles).

Most of these companies appear to claim that their AV software platforms will be “L4 ready” between 2021 and 2022. The exception is Waymo, which last fall announced the launch of “completely driverless Waymo cars” in certain areas of Arizona.

The number of AVs currently used by each AV platform developers varies. Waymo has the highest in numbers (800+ in use), with Aptiv at 120+ and Aurora at 50+.

In the Covid-19 era, however, all test driving on real streets in America has hit the brakes.

Waymo, for example, posted on its website, “All of our Waymo One rider services in Arizona are suspended for the time being, including our service with trained drivers and our fully driverless service within the early rider program.”

But Waymo added, “While our service remains suspended, Arizonans will begin to see some Waymo vehicles back on the road starting May 11th. This is the first part of our tiered approach to resume our operations safely, beginning with our test fleet and responsibly progressing to serve Waymo One riders again.”

The pandemic is certain to affect — in ways largely unknown — the progress of AV software platform development.

Lately, the AV industry has begun circulating a new take on AVs that “this pandemic, if anything, has shown the demand for autonomous vehicles could be larger than expected.”

Juliussen, while partially agreeing with such a view, told EE Times, “I think that AVs are more needed now than before, but many of the AV participants will not have the financial resources to continue at earlier investment levels. The major high-tech companies can do so — Google, Intel, and some Chinese companies. Most auto OEMs have to make some choices such as investing in battery electric vehicles or AVs, and they will likely cut some in each segment until auto sales get closer to normal.”

Juliussen added, “From a strategic viewpoint, battery EVs may be more important than AVs unless they want to give Tesla too much market share.”

Later this week, EE Times plans to develop a separate story that looks into more detailed use cases of autonomous vehicles. We ask: “Who Needs AVs?”

Previous Item：Volvo to use Luminar's lidar in production vehicles to unlock ...
Next Item：Waymo is using AI to simulate autonomous vehicle camera data
Share：