Many autonomous vehicle (AV) developers have been in hot pursuit of lidar technologies, which are important because of their ability to build 3D models of the environment around a car, an essential feature in the race for self-driving cars.

But among all self-driving car developers, Waymo is currently the only company making its lidar commercially available. Waymo isn’t licensing to everyone, however. Its partners are limited to only those who work in non-automotive autonomy. 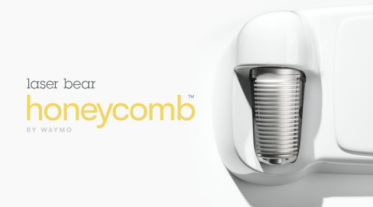 Verghese confirmed that Waymo now has multiple design wins. But he was silent on specifics about its lidar technology, pricing or partners. If Waymo is serious about doing business with external customers, why all the secrecy? “You need an NDA,” said Verghese.

It’s mechanicalVerghese confirmed that Waymo’s Honeycomb lidar is based on mechanical technology. It comes with a rotating mirror and a turntable.

The AV industry has recently seen something of a gold rush for lidar tech. Reportedly more than 70 startups have jumped into the market, exploring new technology options that include MEMS, solid state and flash lidar.

In this emerging free-for-all, it’s clear that Waymo is pushing its Honeycomb lidars not because it’s a new technology, but because its tried-and-tested mechanical spinning lidars denote stability.

Experience mattersIn that spirit, Waymo is selling its experience, having tested its own AVs in a million miles of operation. Knowing how the entire autonomous vehicle works helps, explained Verghese. His point is that Waymo doesn’t just make lidars. “We are a vertically integrated [AV] company,” he said, with a firm grip on the AV software stack that closely works with sensors.

This translates into fewer sensors for AVs to see more area. Waymo also claims that its lidars suffer little interference regardless of proximity; they are able to detect and avoid objects at very close range.

“We know how our sensors work together on blind spots,” Verghese said. Waymo’s Honeycomb lidars provide “higher point density and a better range,” he added.

What about cleaning?Through its million miles of AV testing, Waymo have spotted an issue that lidar novices probably wouldn’t have had a chance to learn: over time, sensors’ ability to see and detect objects deteriorates.

Waymo’s solution: First, know when to clean the sensors. Second, design user-friendly, easy-to-clean sensors. A decline in sensing capabilities — how far it can see and detect objects on a variety of different road conditions — directly affects the safety of an AV. Waymo has developed a method to “constantly validate” each sensor’s capabilities, Verghese explained.

PivotingMost industry analysts agree that many of the 70-plus lidar startups that have sprung up in the past several years are unlikely to survive in the Covid-19 economy. The public health crisis exacerbates the reality that the arrival of commercial AVs is no longer as imminent as once predicted.

In a difficult environment, lidar developers that aren’t yet acquired must pivot their strategies. Some are already scrambling to make their technologies more amenable for design into ADAS vehicles (instead of robotaxis), or to be embraced by the industrial robotic market. Lumotive, a Seattle-based startup, is a good example, now making a three-pronged shift by adding smartphone lidar chips to its product roadmap.

Waymo, with much deeper pockets, isn’t fighting for survival. But it’s exploring a host of new non-AV markets for its lidar technology. Design wins and partners for its Honeycomb lidars range across markets from agriculture and earth-moving to construction equipment and mining, said Verghese. The applications rely on “the ruggedness and durability in lidars,” he explained.

The industrial space, for example, needs a lidar reliable enough to detect debris on a pathway with no need for specific object classification, said Verghese. The lidar tells you, “I don’t know what it is, but it’s better not to run over it.”

The same principle applies to walking in the dark at night from bedroom to kitchen, he noted. You find your way in the dark by touching walls and measuring distances. “When you feel a smudge of something — it could be a cat or something else — on the floor, you’d avoid stepping on it,” Verghese explained.

Economies of scaleWaymo is pitching its lidar tech to non-automotive companies largely in hopes of scaling up. If more companies adopt it, Waymo can ramp up lidar production. In theory, economies of scale will bring down the cost of each sensor.

When it comes to “volume production” of lidars, working with partners and managing supply chains are big-ticket items on the company’s to-do list. Waymo didn’t have to worry about such contingencies as long as it was its only customer, using its lidars for its own AV testing vehicles.

One thing is sure, though. Waymo is “interested in understanding all the different use cases for its lidar.” In other words, while Waymo has focused on using lidars for the automotive market, the company has a big appetite to learn what it takes to make lidars, and related software, more applicable to specific non-automotive applications including industrial robotics, warehouse robots and security. Waymo will be working closely with its partners, according to Verghese.

‘Coherent lidars’ on the horizon?

With many lidar companies making noise about the use of MEMS micro-scanners or SPAD (Single photon avalanche diode) arrays for their new lidar designs, what’s Waymo’s plan beyond the mechanical lidars?

Verghese said many technology options are on the table. “We are very aware, and we are paying close attention” to a variety of new technology development.

Verghese said Waymo continues its strong ties with Google’s internal technology development activities. The development of underlying technologies for Honeycomb lidars, for example, had already started internally at Google. Waymo eventually collaborated with Google to make its lidar and software work together.

Today’s lidars, including Waymo’s Honeycomb, are pulsed systems. New in the race for automotive applications is coherent lidar, whose leading approach is frequency-modulated continuous-wave (FMCW) lidar.

Advantages of continuous-wave operation include its capability to directly detect velocity as well as range with high resolution. The big challenge, however, is that such a system requires dense integration of multiple optical components including lasers, amplifiers, phase and amplitude control low-noise photodiodes, mode converters, and optical waveguides. These must further be integrated in a compact form factor manufacturable in high volume.

Verghese acknowledged that Google is already very familiar with silicon photonics, as Google sees it as a key to make large line cards for optical communication much smaller.

A coherent system is believed to offer better performance – including single-pulse velocity measurement and immunity to interference from other light sources. Although such developments remain in the research lab, Verghese acknowledged all options remain open.

Analyst’s take on WaymoOur interview with Waymo offered some sense of Waymo’s direction in lidar development. But setting aside Waymo’s ambition, it is far from clear how competitive Waymo will be commercially with Honeycomb.

We asked Alexis Debray, technology and market analyst at Yole Développement, for a diagnosis of the lidar market in recent months, and where Waymo fits in.

Debray observed that for automotive lidar (personal cars), many companies in the supply chain are “preparing for product launch between 2021 and 2023.” He pointed out, among others, that Audi is now teaming up with Valeo, Innoviz with Magna and BMW, Luminar with Volvo, and Velodyne with Hyundai Mobis and Hyundai.

“This results in lidar with prices in the few thousand-dollar range, compared with tens of thousands three years ago,” he noted. Such lidars offer “better performances, smaller size and improved reliability,” he added. “Consequently, lidars are being used and tested in more and more applications — including factory vehicles, security, intelligent traffic systems, defense and others.”

Given that little information is publicly available on Honeycomb’s performances and price, Debray told EE Times, “I see two advantages for Waymo. First, they master every step from the LiDAR to the end-system and operation including software, electronics… Secondly, they have done a lot of testing with million miles of operation.”

But that doesn’t mean clear sailing for Waymo. Debray pointed out that Waymo “offers only one model when the various industrial applications require many different specifications.”

In his opinion, “Other lidar companies offer many models and even customization. For example, Ouster offers around 50 different models, all based on the same technology but with various ranges, fields of view, and resolutions. Moreover, to expand in the industrial market, Waymo would have to contact and interact with hundreds of different customers. They seem already busy with Waymo One.”

Former beat reporter, bureau chief, and editor in chief of EE Times, Junko Yoshida now spends a lot of her time covering the global electronics industry with a particular focus on China. Her beat has always been emerging technologies and business models that enable a new generation of consumer electronics. She is now adding the coverage of Chinaâ€™s semiconductor manufacturers, writing about machinations of fabs and fabless manufacturers. In addition, she covers automotive, Internet of Things, and wireless/networking for EE Times' Designlines. She has been writing for EE Times since 1990.

Previous Item：Lyft’s self-driving test vehicles are back on public roads in California
Next Item：VERIFICATION VS VALIDATION: FUNCTIONAL SAFETY
Share：