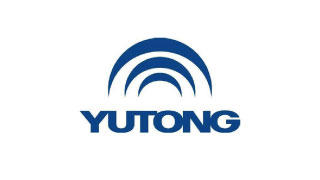 Headquartered in Zhengzhou of central China’s Henan Province, Zhengzhou Yutong Group Co., Ltd. (hereinafter referred to as “Yutong Group”) is a large-scale industrial group mainly specialized in the bus business, and also covers some other strategic businesses such as construction machinery, automotive parts and components, real estate and so on. In 2016, the Yutong Group totally delivered 73,703 units of buses and construction machinery, up 4.4 percent year-on-year. The turnover of Yutong Group reached 45.2 billion yuan, a rise of 8.1 percent than the previous year, continuously ranked first in China’s bus industry in terms of the enterprise scale and sales performance.

Zhengzhou Yutong Bus Co., Ltd. (hereinafter referred to as “Yutong Bus”) is a large-scale modern manufacturing company specialized in the R&D, manufacturing and sales of bus products. Its main plant is located in Zhengzhou Yutong Industrial Park, Zhengzhou, Henan province, which covers an area of 1.12 million square meters. The daily capacity of Yutong Bus has reached over 400 buses. Up to now, it has grown up into the largest and the most technologically advanced manufacturing base of large and medium-sized buses around the world.

Yutong Bus was listed in Shanghai Stock Exchange in 1997 (Stock code: 600066), becoming the first listed company in China’s bus industry. In 2016, it delivered 70,988 buses and coaches, a rise of 5.92 percent compared with the same period of last year. The enterprise scale and sales performance continuously ranks first in China’s bus industry.

Up to now, Yutong has formed a complete 5m-25m product lineup consisting of ordinary, medium-level and high-level products, covering various segment markets including highway passenger transit, tourism, public transport and so on, becoming a leading brand in China’s bus industry.

Yutong has realized a sizable sales volume in over 30 countries and regions such as Cuba, Venezuela, Russia, Israel, Saudi Arabia, Macao and Taiwan with a market share of over 30% in China and over 10% in the world.

Today, Yutong is creating value for its customers all over the world by constantly elevating its products and services. We are dedicated to developing business with you and becoming your strong and trusted business partner.